Welcome to the sixth annual Swim Across America - Charlotte Open Water Swim.
We are excited to host the 2022 open water swim event at Camp Thunderbird on Sunday, October 2 and welcome swimmers and volunteers of all ages and skill levels are invited to take part in our event. Proceeds from the swim will support cancer research at Levine Cancer Institute and Levine Children's Hospital in Charlotte.

Thank you for making our 2022 swim a success! You can still register as a virtual SAA My Way participant and fundraise to support local cancer research this year.

Welcome to the Swim Across America - Charlotte Open Water Swim! Established in 2017, SAA - Charlotte has donated over $600,000 to our beneficiaries: Levine Cancer Institute and Levine Children's Hospital. Thank you for your support of cancer care in Charlotte.

Each year we are proud to host over 300 swimmers and volunteers, spectators and supporters, as well as Olympians near and far at our charity swim. We are so excited to have you join us for our 6th annual swim on October 2nd at Camp Thunderbird!

Whether you are a veteran swimmer or you're looking to do your first open water swim, we welcome you to help us "Make Waves to Fight Cancer."

Swim Across America - Charlotte supports cancer research and clinical trials at Levine Cancer Institute and Levine Children's Hospital. Hear directly from the doctors you are supporting about why your funding is critical to their research below.

WaveMakers go above and beyond the call of duty by raising at least $1,000 regardless of your age. Anyone can achieve WaveMaker status - swimmers, volunteers or SAA My Way participants. WaveMakers get special recognition and an exclusive WM gift on event day. You can learn more about WaveMaker Status here.

Participate and Fundraise as an Individual, or on a Team

A person may elect to swim alone or be part of a fundraising team. Grab your colleagues, high school, college alums or neighborhood friends and form a team. Many of our teams swim in honor or memory of a loved one. Teams are inspirational and rewarding for all of us involved with Swim Across America and there is no limit to how many team members you can have. All team members are still responsible to meet the fundraising minimums based on their age, swim distance or WaveMaker status.

Swimmers will be asked to kickstart your fundraising and let your supporters know you are personally committed to the mission of SAA. The registration self-donation is a 100% tax deductible donation that will be will be credited towards each swimmer's fundraising minimum. The minimum self-donation amount will change as follows:

Online registration will close 48 hours prior to the swim! Event day registration may still be available if space permits.

All swimmers and volunteers must complete the waiver found here. Please bring it with you to the event.

What is SAA MY WAY?

SAA My Way is our virtual offering where you decide your activity and timeline. Register with a $50 self-donation and we’ll send you an SAA Swag Bag to show off your spirit. All donations raised for your My Way will support our SAA-Charlotte event. Click here to learn about all the ways you can have fun your way!

To sign up as an SAA My Way participant for our event, click the register button above and select 'SAA My Way' as your participation type.

Volunteers are the backbone of the Swim Across America Family ensuring our event runs smoothly from beginning to end. Even if you aren’t a swimmer, you can still help us in the fight against cancer. Don’t forget, volunteers can fundraise too! Ready to volunteer with us? Click on the Register button and select the Volunteer participation type.

Land Volunteers staff all aspects of our event on land. You can anticipate helping with set up, swimmer check-in, finish line support, hospitality and post-swim events/clean up.

Questions about volunteering? Check out our SAA Volunteer Page or contact our Volunteer Coordinator - Allie Gans

If this is your first time participating or if you just need some tips to be a better fundraiser, click here. It will walk you through the participant center and teach you how to email donors, share on social media sites and download the fundraising app. You can find more helpful resources on our fundraising resources page.

Be a WaveMaker by taking your fundraising to the next level and raising $1000! Anyone can achieve WaveMaker status - swimmers, volunteers or SAA My Way participants. WaveMakers get special recognition and an exclusive WM gift on event day. You can learn more about WaveMaker Status here.

You may support the swimmer of your choice by making an online donation. Or you may send a check, payable to Swim Across America, to the address below:

Make sure to include a note with the name of the swimmer you are supporting.

Participant safety is the most important component of all our events. All swimmers will be asked to follow specific safety procedures and policies to participate, as well as comply with SAA safety personnel, including local and government entities, Lifeguards, and water safety volunteers. Participants are responsible for adequately preparing for their registered event. We ask that all participants review the information packet provided in advance of event day, as well as attend the day-of safety briefing for important safety information.

COVID-19 brings a new dimension as we create our safety protocols. Each of our charity swims will abide by local and state guidelines. Please check this page for general guidelines, as well as amendments pertaining to your swim. If or when guidance and requirements change, we will provide updates to our registered participants through email communication and on our website.

All swimmers and volunteers must complete the waiver found here.

If you have questions about our policies regarding inclement weather, swim equipment or wetsuits, please consult our Policies page.

Schedule is tentative and subject to change. 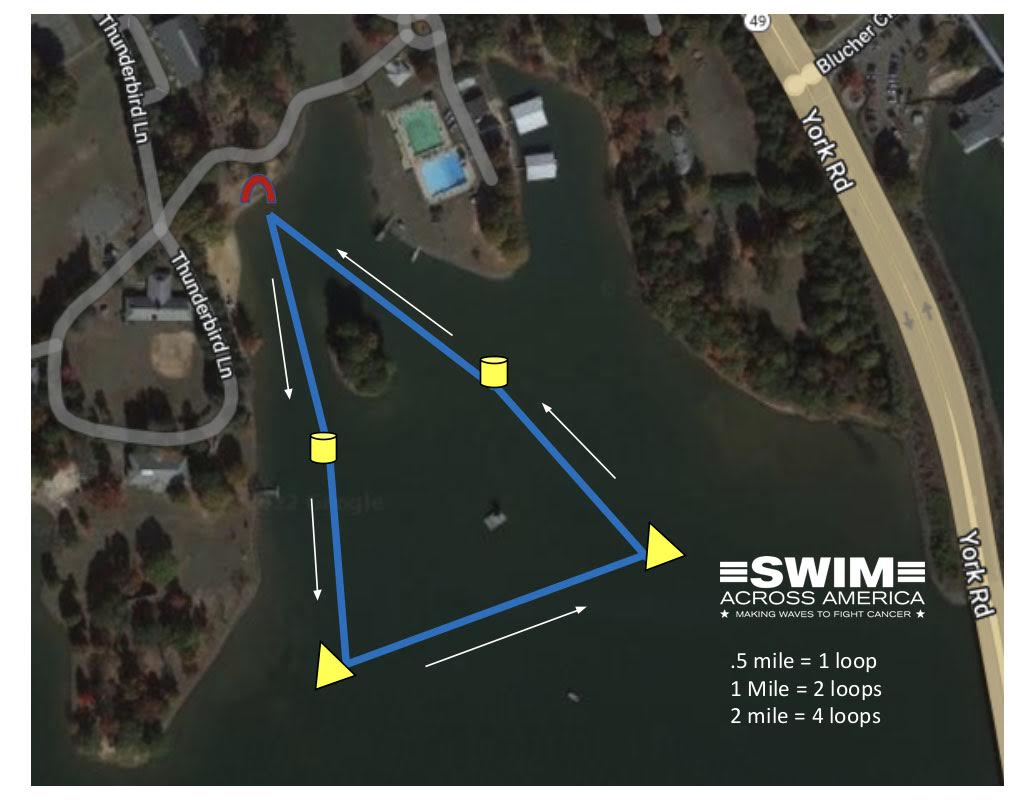 Hannah Aspden: a Medalist at 2016 Paralympic Games (youngest U.S. swimmer to medal in Rio) and the 2021 Tokyo Games. Hannah is a current Queens University student-athlete.

Karlee Bispo: American former competition swimmer. At the 2013 World Aquatics Championships in Barcelona, Bispo won a gold medal in the 4x200-meter freestyle relay with her teammates Katie Ledecky, Shannon Vreeland, and Missy Franklin. A graduate of the University of Texas, Karlee finished her Longhorns career as one of the most decorated swimmers in school history, earning 18 All-American honors and winning 18 Big 12 Championships. She was the 2011 Big 12 Swimmer of the Year and the Texas Women's Athlete of the Year in 2012. She is a two-time Academic All-American. Karlee is currently a nursing student at Queens University in Charlotte.

Charlie Houchin: Earned a gold medal as a member of the winning United States team in the 4×200-meter freestyle relay at the 2012 Summer Olympics. Houchin was a US National Swim Team Member from 2009-2014. At the University of Michigan, he was awarded many All-American honors.

Lauren Perdue: At the 2012 Summer Olympics in London, she earned a gold medal by swimming for the winning U.S. team in the preliminary heats of the 4×200-meter freestyle relay. . At the University of Virginia, she won nineteen ACC championships, received sixteen All-American honors, and was named the ACC Swimmer of the Year and ACC Swimmer of the Championships in both 2010 and 2011.

Tharon Drake: Drake competes in the S11 classification for blind swimmers and holds 13 current American Records. He won silver medals in the 400 freestyle and the 100 breast at the 2016 Rio Paralympic Games. Drake is also the assistant coach for the men’s and women’s swimming programs at Catawba College.

Interested in raising money for SAA - Charlotte, but not sure you're ready for the open water? Why not start a pool swim? Gather together your family, friends or team for a day at the pool. Email us to learn more!

If you have any questions about SAA - Charlotte, please contact Allie Gans or Sandra Gans.